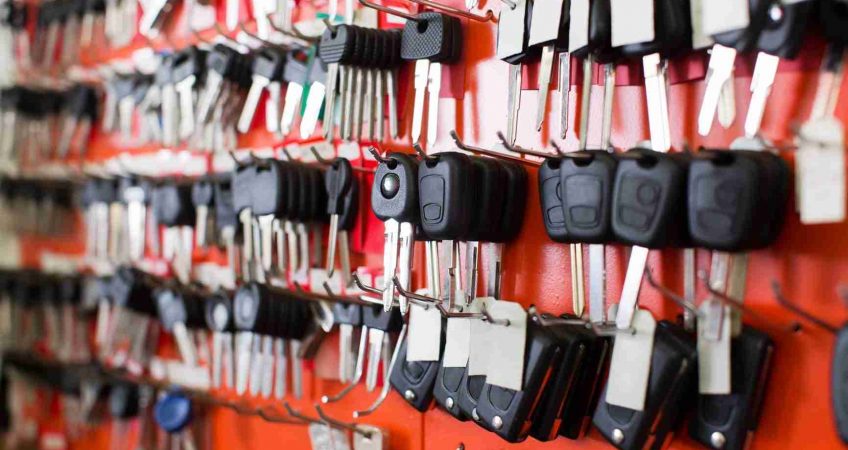 Do you know what a transponder Car key is? This article will tell you what it is, how it works, and how you can get one if you wish.

A transponder Auto key has a small transponder chip in it that communicates with a transceiver (small antenna ring around a car’s ignition cylinder) to allow a vehicle to start. The transponder and transceiver have been electronically programmed to communicate with each other. The car’s engine control unit sends an electronic message to the key, allowing the car to start if the transponder and transceiver send the same messages to each other. If the transceiver does not receive the specific transponder signal it is accustomed to (because of interference from other signals or a non-transponder key being used to start it), turning the key in the car’s ignition (or pressing the start button) will not allow it to start. This means that one cannot drive a vehicle without the correct transponder key. Therefore, a transponder key can be a great way to prevent your vehicle from being stolen or simply driven by someone you don’t want behind the wheel (an elderly relative or neighbor with reduced eyesight and reflexes, or recently licensed teen, for example).

There are two types of transponder keys: encrypted and zero bitted. An encrypted key (the more common type) is programmed with a specific code for your vehicle. Replacing this type of key involves using a new key and special tool connected to your car’s OBD port (on-board computer that monitors car data, such as mileage, emissions, speed, etc. and controls warning lights, such as Check Engine) to program it. A zero bitted key does not have an encryption and is more easily duplicated.

A transponder car key is different from a remote headed key, in that a remote headed key has fewer capabilities than a transponder. It operates on radio frequency and has a key blade to allow the key to open doors. A small plastic component (the remote key fob) above the key blade allows you to press a button to unlock the car. This button uses radio frequency to communicate with the vehicle and allow the door to be unlocked (or allow the windows to open, or control an alarm). However, a remote key head cannot start a car.

Remote headed keys are more common in cars made before 1998, although since then, manufacturers are starting to move toward making transponders, because of their increased safety. Another major factor in this shift is that transponder keys can prevent cars from being hot-wired, or having their ignition security systems bypassed, in order to steal them. If you want to know whether your vehicle key is a transponder or remote head, wrap aluminum foil around the key fob and press the button to start the vehicle. A transponder key will not start the car, because the signal cannot communicate through the foil. So, if your car is able to start, this means it is a remote headed key and not a transponder. There are some other indicators that can help you differentiate between the two types. For example, the security light on your dashboard (usually labeled SEC) should go out when your vehicle is started if you have a transponder key (and it is compatible with the vehicle’s computer). Transponder keys are also more likely to have a protective plastic covering over their tops, to prevent damage to the transponder chip.

Transponder chips are made at the vehicle manufacturer, and you can usually get a spare one (or have yours worked on) at a dealership specializing in your specific type of vehicle. A locksmith with knowledge of transponder keys (or a certification required by the vehicle manufacturer, to avoid damaging the car and voiding the warranty) can also help you in this situation.  Before having this type of work done, it’s important to ensure that you have the original key fob from the manufacturer, since each one has a unique code and algorithm. Transponder keys contain many delicate components and will become unusable if the chip is dropped, scratched, or damaged in any way. If that happens, the key will need to

be replaced or reprogrammed.  Additionally, some transponder key systems have a battery-operated remote (also known as a transmitter or fob), which can die if the battery is depleted. Replacing these batteries is usually simple (they can usually be found at auto supply stores); however, it is important to be aware of whether your transponder is battery-powered for troubleshooting and maintenance purposes.

One note of caution: Transponder keys have some downsides. For one, transponder chips may not always function as they should (usually due to damage or signal interference). For this reason, it is advised to have a backup transponder key to allow you to open the vehicle’s trunk and/or open a locked vehicle. (This backup key will not allow you to drive the vehicle, however, unless it has a transponder chip in it and is an exact duplicate of the original.) Again, a locksmith or dealer can make you a backup key. However, they must have the necessary equipment. If they cannot help you, it is probably due to restrictions imposed by your car’s manufacturer. Depending on the locksmith, you may not even need to have the original key with you to replace it (but it’s always best to bring it if possible, to be safe). Replacing or duplicating a transponder key usually costs over $100, but is cheaper if done by a locksmith than a car dealership. European-made cars and SUV keys tend to be more expensive due to a somewhat more complex encryption system.

A transponder key is a safer (and nowadays, often necessary) type to have to operate your vehicle. If you need one made, a car dealership or locksmith with some auto experience can usually help you.

High Security Locks – Are they worth the $$?

Can a locksmith make a key from a lock

What Are the Safest Lock?

Is Schlage or Kwikset Better?

What’s keypad? should you own one?